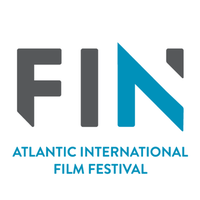 Our mission is to enrich cultural and economic life in Atlantic Canada by championing the vision and the voice of the regional, national and global cinema experience.

One of Canada's premier film festivals, FIN Atlantic International Film Festival is an eight-day celebration of film, media and music from around the world.

FIN Kids (formerly ViewFinders: Atlantic Film Festival for Youth) presents the best in regional, national and international films for youth, tackling issues from multiculturalism and community to sustainability and creativity.

FIN Outdoor (formerly the Outdoor Film Experience) is that little bit of the Film Festival that no one can resist. It’s outdoors. It’s movies. It’s an unforgettable experience!

FIN Partners (formerly Strategic Partners), is one of the world’s pre-eminent international co-production markets. Focusing on feature film, TV and digital fiction, FIN Partners includes projects looking for financing as well as those still at an early stage – and we’ll be sure to set you up with the right partner.